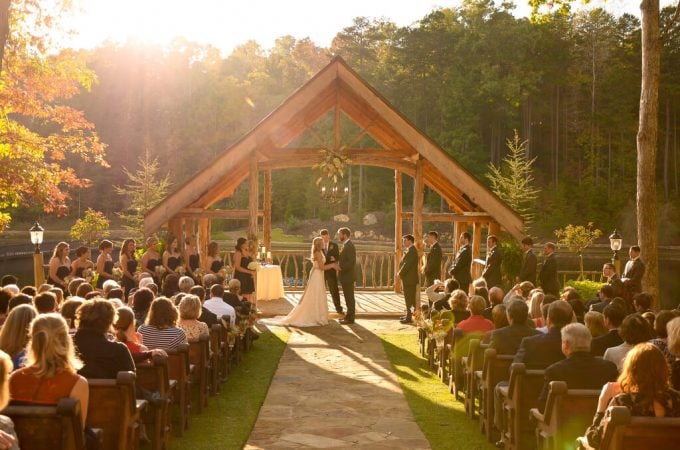 Special thanks to Dayana Cagle of CDM Photo Studio who provided the photos in this post.

Last week, I shared with you some pictures of the lovely outdoor setting where our daughter, Malorie, married her sweet husband, Gavin. Indigo Falls is a wooded fairyland created just to give brides the wedding of their dreams.  Malorie had always wanted an outdoor wedding but as her parents, we felt that we must have a good backup plan that wouldn't cost a fortune in renting tents and that sort of thing. Indigo Falls fit the requirements perfectly: Beautiful, wooded outdoor setting with a quaint chapel that would hold all of our guests in the event of inclement weather.

And unfortunately, the day of the wedding dawned with some very inclement weather. It misted, rained, and was overcast all day. We were positive that the wedding was going to be in the chapel but they gave us until about two hours before the ceremony to make the final call. Our bride focused on getting ready and decided not to worry about the weather. 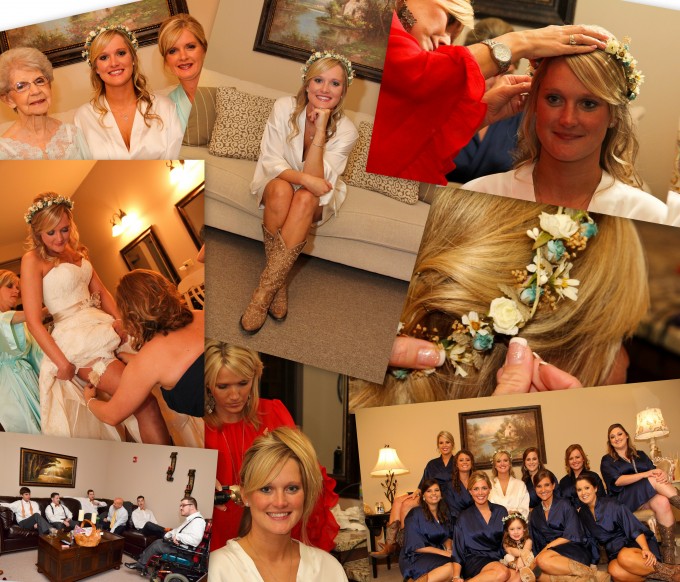 Malorie and Gavin did not do the "first look" that so many couples opt for these days. They wanted their first glimpse of each other as soon-to-be husband and wife to be as she was coming down the aisle, so the bridesmaids and groomsmen went outside separately and had photos made in the misty weather. After spending all day getting hair curled and primped, it took about five minutes for everyone's curls to wilt. But it didn't matter. We still had a stunning and gorgeous group of bridesmaids.

And some pretty handsome groomsmen too! Two of them belong to me...well, now three of them do! 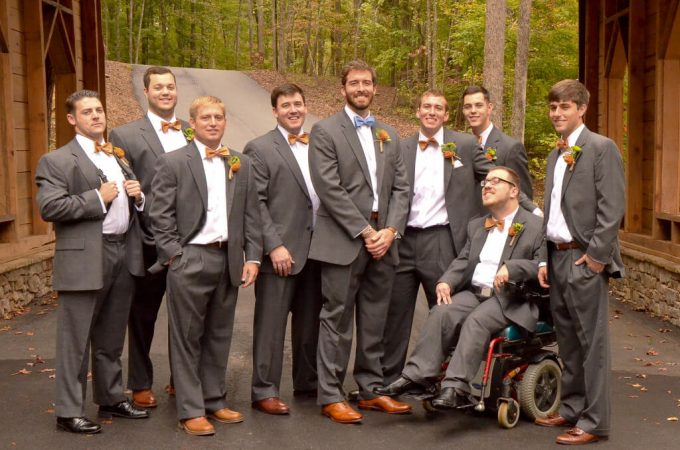 We had a first look with Dad and some photos of the parents with the bride-to-be. These were special moments...nothing makes you happier as a parent than seeing your daughter radiating joy on her wedding day. 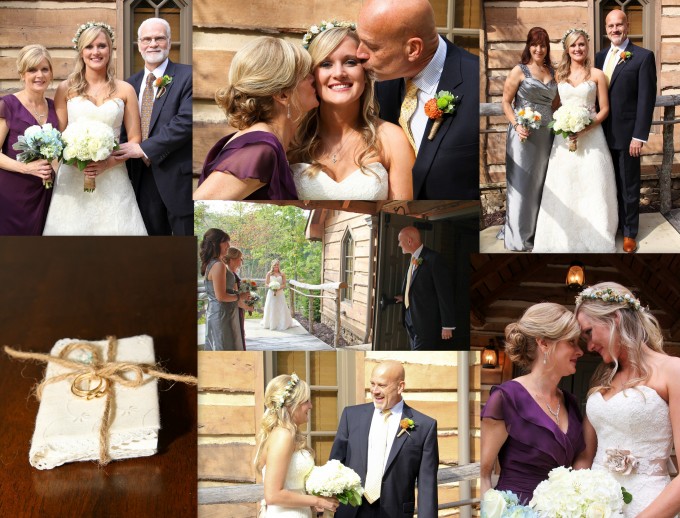 The Bible in the photograph above is the first Bible that was given to Malorie when she was a little girl. Attached to it are two rings: one is her mother's ring from when she married Malorie's dad and the other is a family ring from Gavin's family. Mal carried the Bible and the rings along with her bouquet as a gesture of honor to her parents and Gavin's family.

Around 3:30, our venue coordinator came to us and said the radar showed the rain moving out. She said the pews might be a little damp but the staff would dry everything as best they could and they were certain there wouldn't be any additional rain...so Mal gave thumbs up and we were set for outside! It was still overcast right up until seconds before the ceremony started...but then it was as if the angels smiled on our sweet girl. 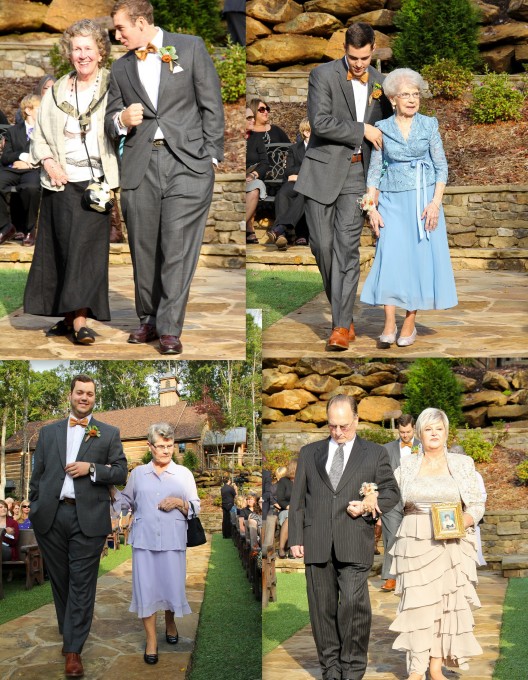 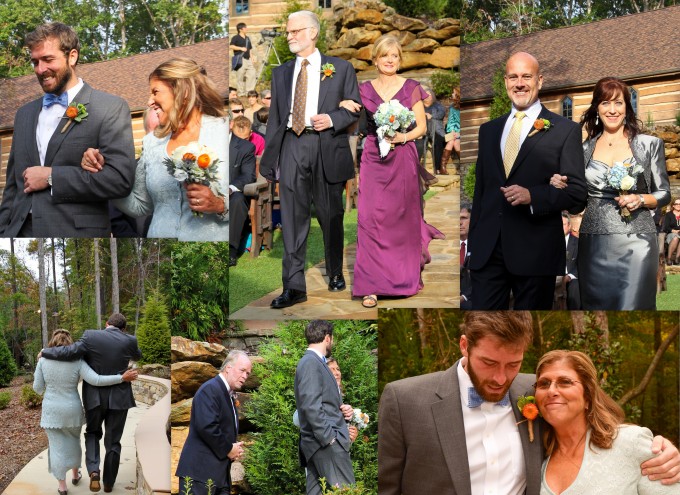 The mothers—Gavin and his mom; Rhonda and Brooks; David and me. As the groomsmen gathered at the front and the bridesmaids started walking down the aisle, the sun started peeking through the clouds. And when our girl appeared, so did the full brightness of the heavens. It was marvelous. Breathtaking. Awe inspiring. 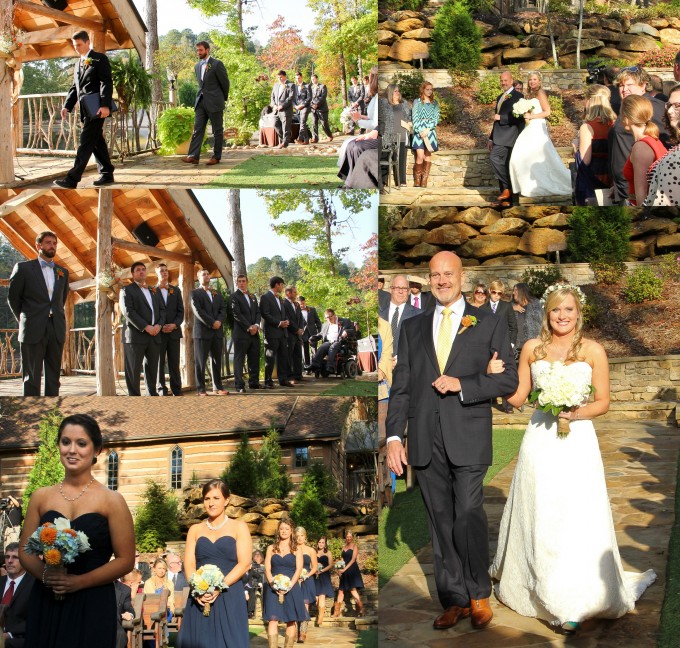 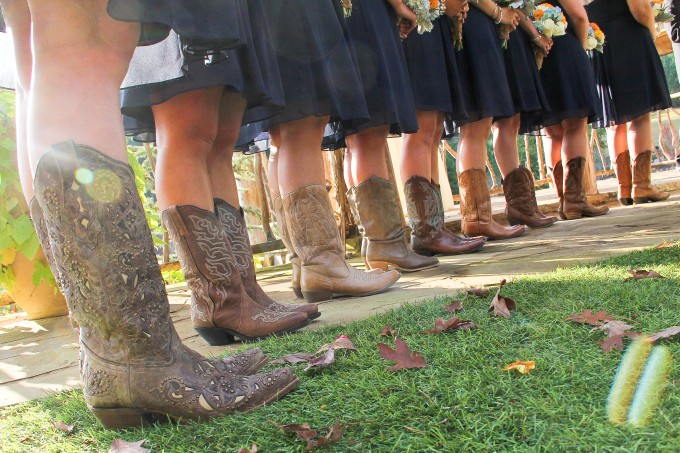 And with the first look...our groom was overcome with emotion as he watched his bride walk toward him. I have never witnessed more raw, authentic love from a young man. It was beautiful. 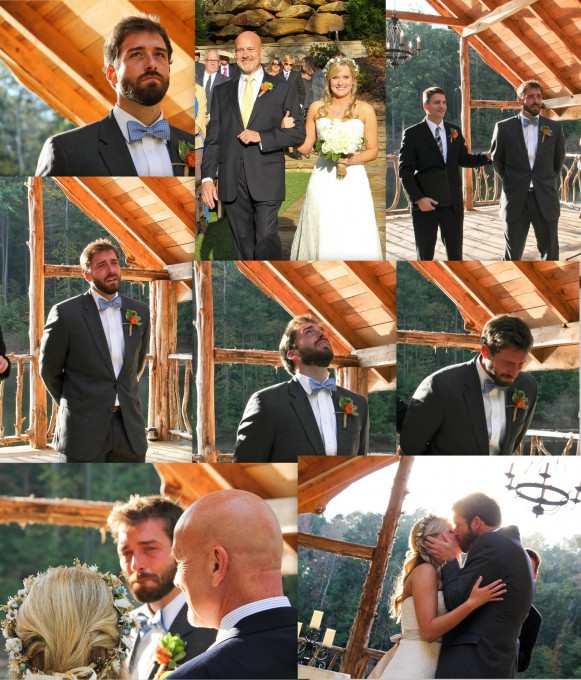 Malorie was lucky enough to have her father and her stepfather to give her away. David walked her down the aisle and then Brooks stood up with them at the end to share in giving her away. The picture of David laughing is the moment when Malorie took her gum out of her mouth and handed it to her dad. Moms are used to that sort of thing but he was a little shocked. 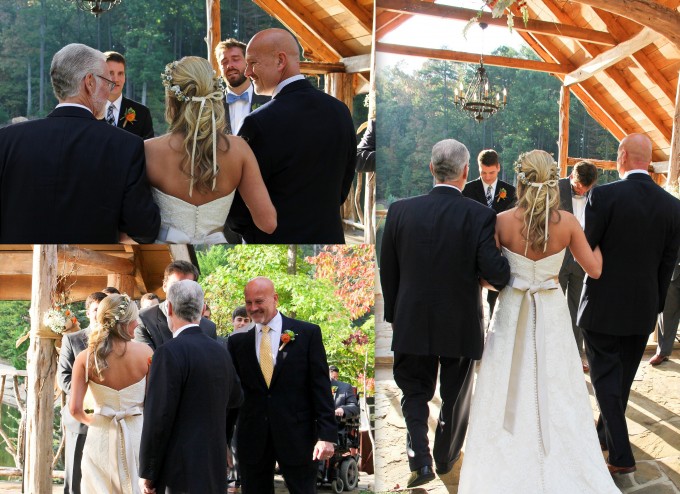 One of the most special aspects of the ceremony was the minister. David's nephew, Darin, is a minister at a church in Cincinnati. Mal and Gavin asked him to marry them and he and his family traveled all the way from Ohio to share this occasion with us.

Darin's father and Malorie's uncle, Charles, is a retired minister and Mal asked him to perform a blessing over the couple during the ceremony. I'm not positive, but I believe it may be the only time that father and son have shared ministerial duties. It was an awesome moment for our family. 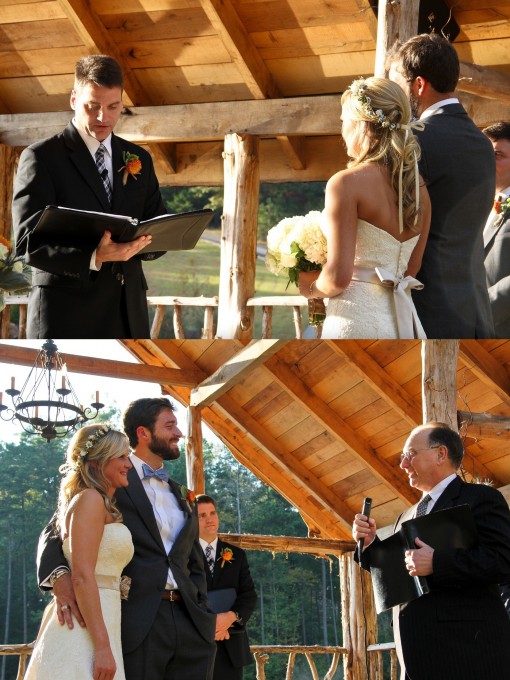 During the wedding planning process, Darin asked Malorie and Gavin what they wanted people to walk away with from the wedding. You would expect a young couple to say something like, "How in love we are," or "How beautiful the wedding was," or something along those lines. But Malorie said, "To feel Jesus." And Gavin agreed.

And I think everyone in attendance felt that way. From the music, to the readings, to the vows, to the emotion, and the beauty of sunshine at the end of a rainy day...it felt as if God were sitting right there, blessing this couple. 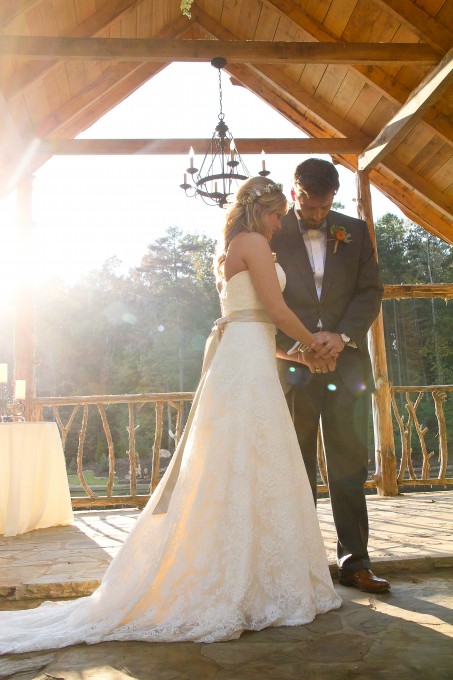 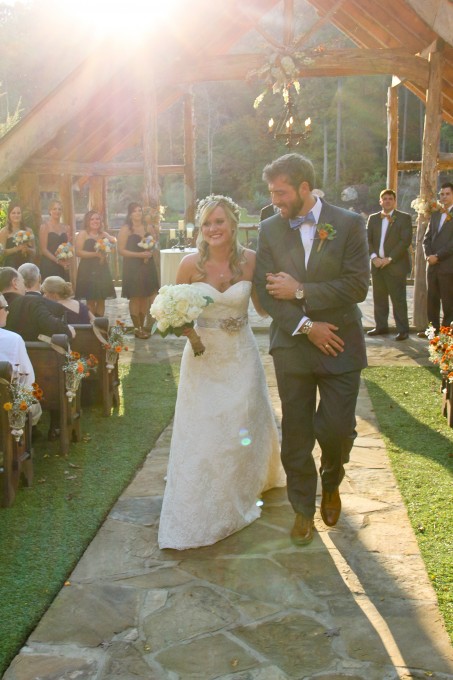 When the ceremony was over and the newly wedded couple walked away, Gavin's first act as husband was to sweep his wife into his arms and steal away into the chapel. They knelt together at the foot of the cross and shared a prayer as husband and wife. None of us knew this. We were busy down below greeting people and getting ready for the reception.

The only person who saw them happened to be the photographer and she followed them and captured the moment. 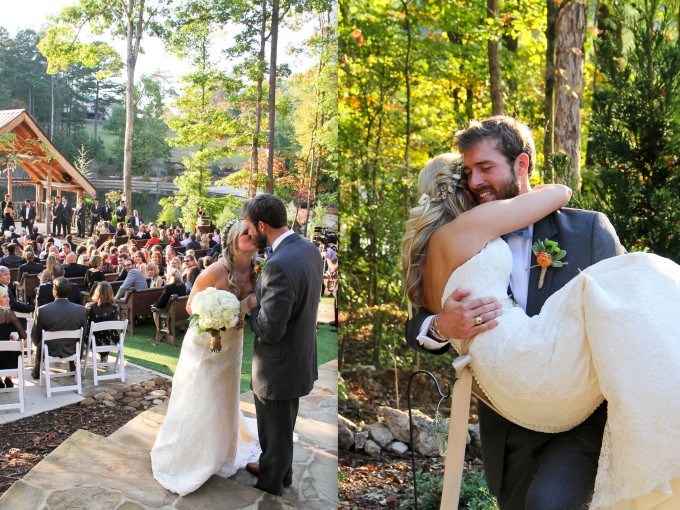 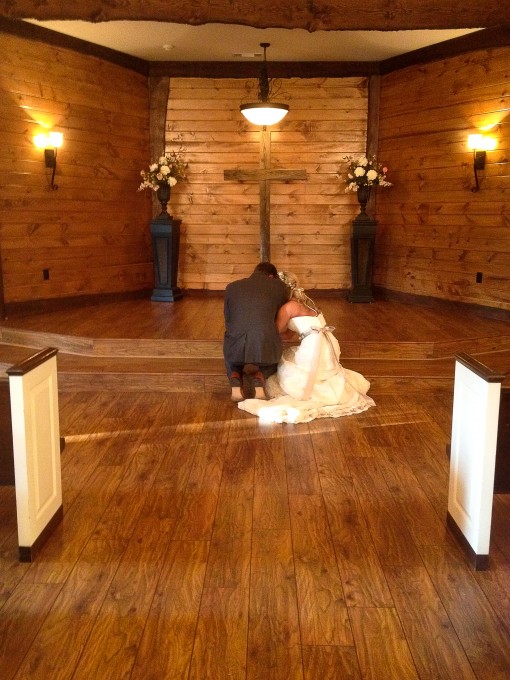 And without even knowing this, our friend Mark later that night wrote a note on his Facebook page describing his takeaway from the wedding:

"...You will hear all kinds of words to describe weddings. Beautiful, Magical, Awesome, etc. And Malorie and Gavin's wedding certainly could be described by all of those modifiers.

But the word I took home with me? The evidence I saw before my eyes? Something that gives me hope for our next generation?

All that could only be described in one word. Authentic.

From the second Malorie appeared on her father's arm, her groom was shaken. Shaken in a good way. Shaken in a way that all grooms should be. He looked at her and reacted to her walking down that pathway with a love that any woman should fight for. Totally absorbed. Tearful. In a great way.

As the ceremony progressed, I realized that this bride and her groom had decided to firmly entrench their marriage in the notion that they are both "one" that will be progressing in relationship with God every day. While this may sound trite, that's not necessarily a given anymore. So it was absolutely uplifting to hear them speak their vows....with a perfect bit of comfortable humor intertwined."

We are blessed beyond measure to join our family with Gavin and his family as we witness a love between two young people who are grounded in their faith...a love that we pray will bear all things, believe all things, hope all things, and endure all things. 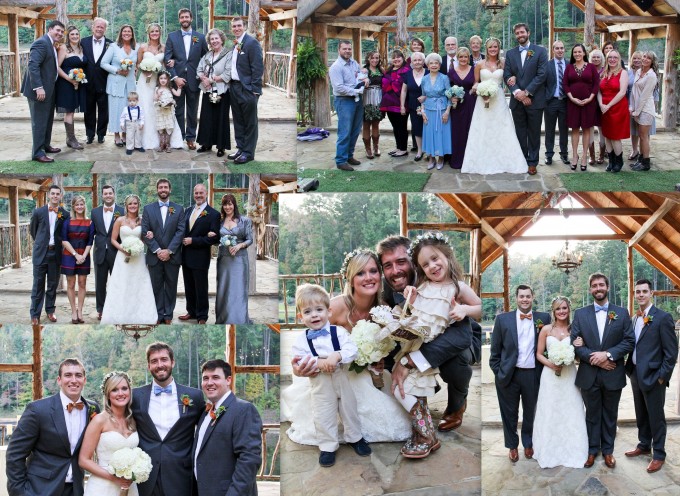 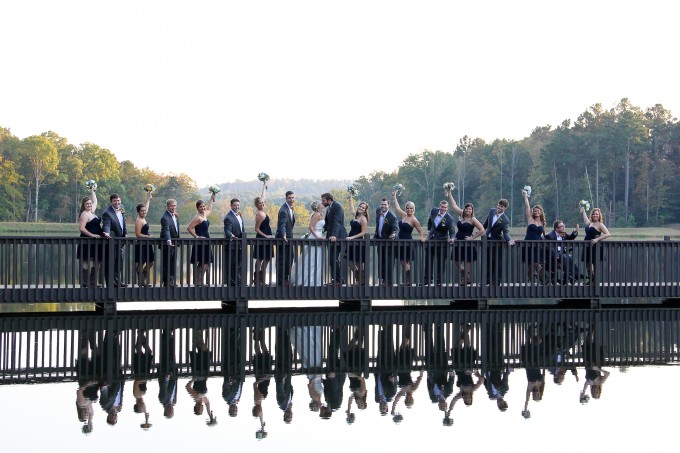 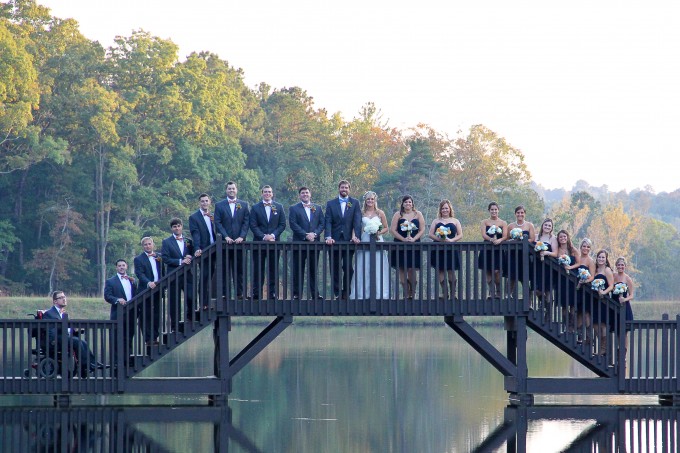 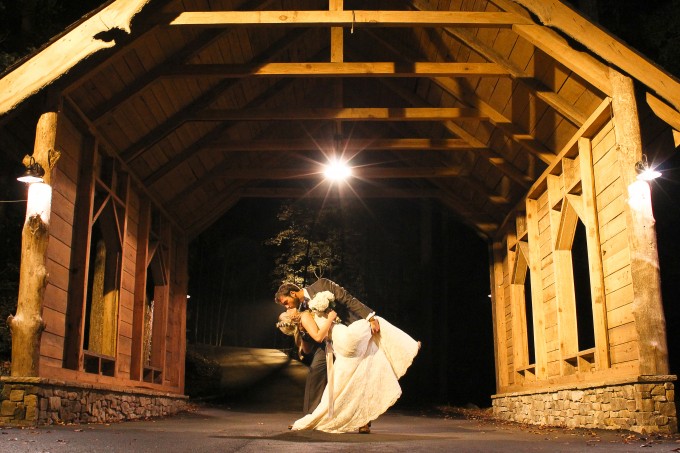 Please check back soon for part three of this wedding series:

Also, if you missed it Rustic Southern Wedding Part One: The Venue

Bus (transportation from hotel to venue and back): MTI Limo & Shuttle Services, Inc.