Cocoa brownies are slightly cakey, fudgy brownies with rich chocolate flavor. You can have these cocoa brownies in the oven in less than 10 minutes! 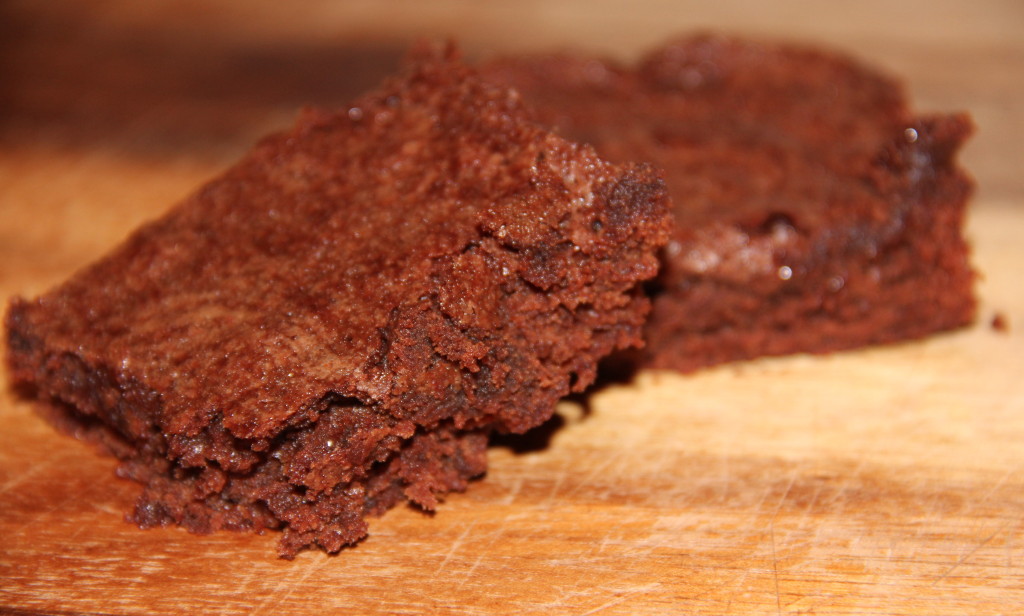 It's been over a week since I wrote about anything chocolate, so it's high time, wouldn't you agree? I'm going to share with you a cocoa brownie recipe from a little paperback Hershey's Cocoa Cookbook that's copyrighted 1979. It's one that my Mama gave me when I set up my first kitchen 25 years ago—and I still cook from it.

While the book titles these brownies "The Best Brownies," I don't think I'd claim them as the best. But they are definitely in my top ten and my go-to brownie when I don't have time to mess with melting chocolate or making a fancier, more complicated brownie. These are perfect: fudgy and dense.

How to Make Cocoa Brownies

Start by getting your pan ready. The recipe for cocoa brownies calls for a 9-inch square pan, but you could use an 8-inch if you want thicker brownies. When making brownies, cover your pan with tin foil and then lightly spray the foil. Once the brownies cool enough, all you have to do is lift out the foil and then cut the brownies. No trying to get all the good brownie crumbs out of the corner of the pan. 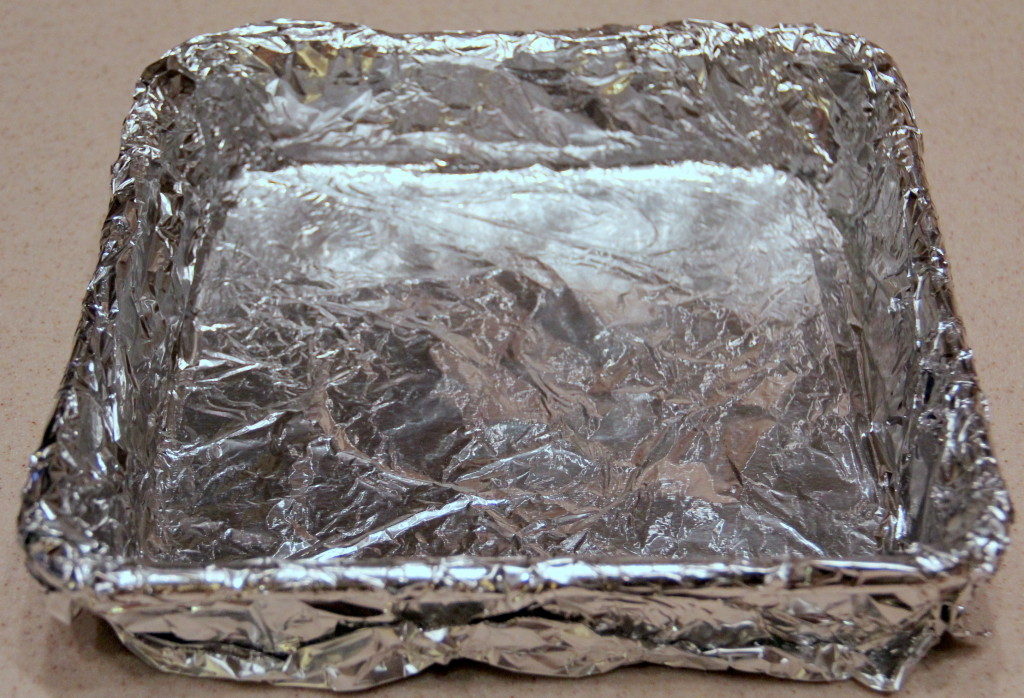 Next, melt one stick of butter and stir in sugar and vanilla. Add 2 eggs and beat well with spoon. In a separate bowl, combine cocoa, flour, baking powder and salt. 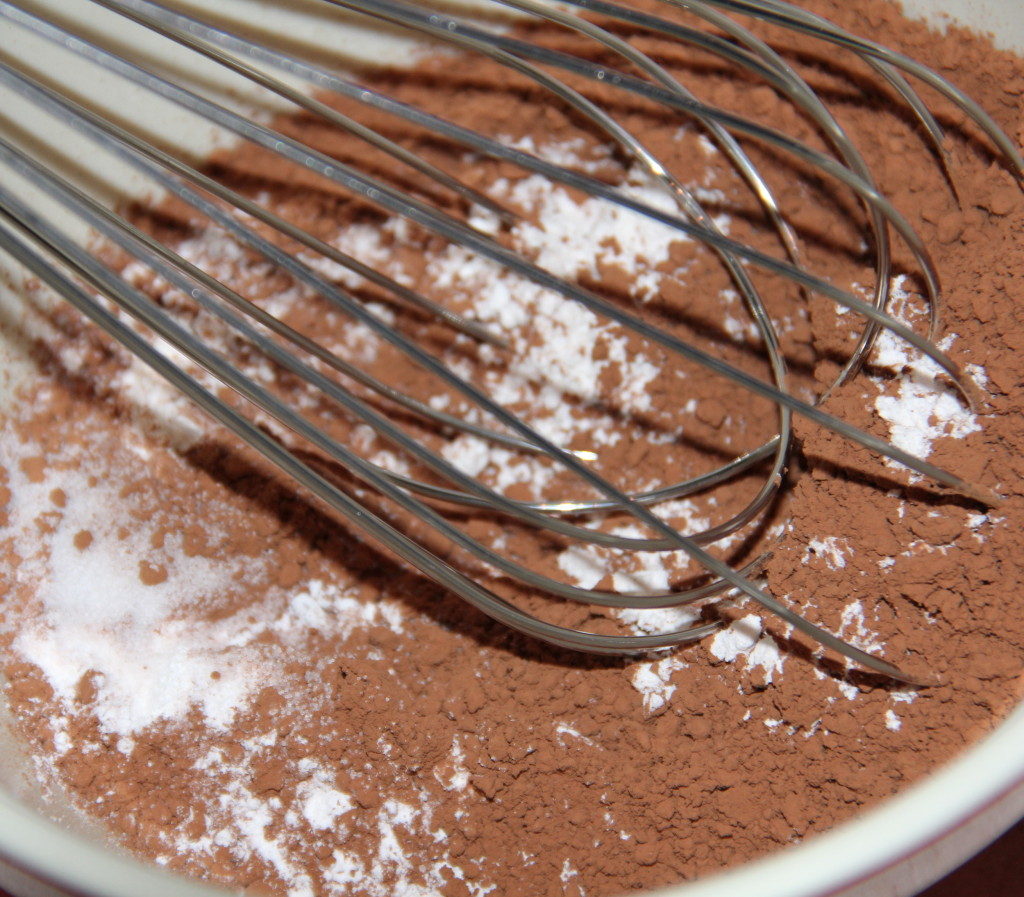 Gradually add the cocoa mixture to the eggs and stir until well blended. 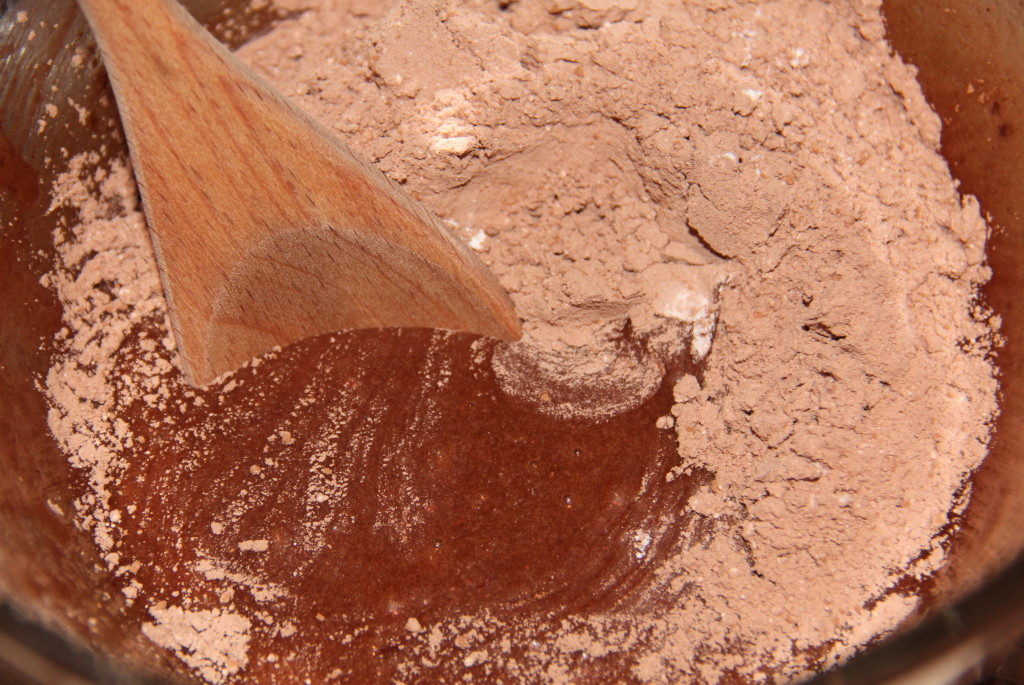 Once the batter is well blended and no lumps are hiding in there, pour it into the prepared pan. Spread evenly and bake for about 20 minutes, or until brownie just begins to pull away from edges.

Cool in the pan and then pull out the foil by holding two sides. Slice the cocoa brownies and serve. These will probably keep in an airtight container for a couple of days, but I wouldn't know. At my house, there's no such thing as brownies+storage. 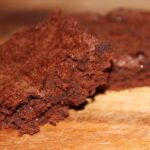 My husband loved these. Made them exactly as the recipe stated. Will be making many more times I am certain! Thank You

So glad you enjoyed them!

My husband loved these. Made them exactly as the recipe stated. Will be making many more times I am certain! Thank You

Lucy, you are so not helping me to reduce! Maybe I can count the calories that I just burned leaving the computer to pull the ingredients together :)

Haha, but if your house is like mine, you won't get to eat many of these anyway!