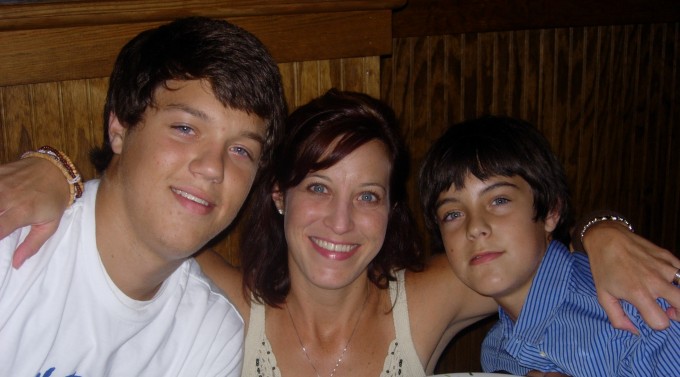 I was one of the last to let go. I believed right up until the moment Oprah herself confirmed that Lance Armstrong had admitted to using performance-enhancing drugs. I believed him when he looked straight into our eyes and said, “Absolutely not.”

I believed him when he called his teammates and friends liars. I believed him when most people did not. Because letting go of that belief meant realizing I had made mistake #1,397, 678 as a single mom—I had held Lance Armstrong up to my boys as a person to emulate, a role model, a person who had overcome adversity to do great things.

“He’s just an ordinary guy,” I would tell them. “An ordinary guy who worked hard and committed himself not only to survive terrible cancers but also to survive and thrive and succeed in unimaginable ways.”

In the years before I remarried, my boys didn’t have a daily father figure in their lives. They saw their own dad a couple of times a month, but that didn’t seem like enough for them to develop those important man-skills. So I looked around for examples with which to inspire them.

Since they both loved sports of all kinds, I turned to sports figures. I bought Michael Jordan’s book, For Love of the Game: My Story, in which he talked about the importance of treating every practice as if it were a game, and insisted that practice is what makes an athlete great. I preached that to them until they got really sick of hearing it.

And then I heard about Lance.

His cancer story. His first Tour de France victory. I bought his first book and was so impressed that I gave it to Brian when he was really too young to understand much of it. But he, like me, understood enough to believe that this was a good guy, and we fell in love with Lance. I'm not sure if Casey ever read the book, but he joined our fan club as well.

We followed Lance’s career, read his second book, and cheered his successes. And when the doping allegations first surfaced years ago, we refused to even consider the possibility. Because our guy said he didn’t do it. And if Lance said it, we chose to believe it.

We haven’t talked about it much, but I’m sure both boys, who are grown men now, let go of their belief in Lance long before I did. They are pragmatic and of a generation which has seen many a celebrity fall from their pedestal. But I wanted to believe so badly that I wouldn’t let myself read the evidence or entertain the possibility of guilt. And now, I’m wondering, if I were starting out today as a single mom with two young boys in need of a male role model, whom would I choose?

Certainly not a sports figure…too many have fallen. Never a celebrity…too many are simply public relations creations. No, I would look closer to home. Because I can look around and find so many role models…heroes to young boys…right in my own backyard.

My husband, who struggled mightily as a step-dad to young boys, has grown to love them as older teens and then adults. He has shown my boys how to be a loving, nurturing father through his adoration and love for his own daughter, and now his love for them as well.

He is enormously proud of Brian, and when Casey graduated from Marine's boot camp—well, I don't think there was anyone in the stadium more filled with pride than David. He has shown them how to be a loving, thoughtful, kind, considerate, hard-working, Christian husband. They all know he made mistakes in his former life because we’ve never tried to hide that—and who hasn’t made mistakes—but all three of them can see that he learned from those mistakes and now passes on the wisdom of experience.

There are other men around us as well who are terrific role models. If I were starting over, I would encourage my boys to follow the examples of regular people…their grandfather, Papa Jim, who took them fishing, made them grilled cheese sandwiches, and taught them to eat sardines from a can…their other grandfather, A.E., who has worked hard and devoted his entire life and retirement to taking care of his family...Coach Mike, who taught them to play soccer, coached their teams for years, helped them ride a bike and fixed many things for us…their uncles Leigh and Jamie, who both treated them as their own and provided discipline when needed…our FOKer friends, who are too many to name, but all of whom are devoted family men, avid and involved supporters of their children, Christ-followers, hard-workers, and all around good people.

These are the role models I should have held up as worthy of admiration…as someone to emulate…as heroes.

Lance Armstrong is but another in a long line of fallen celebrities and/or athletes who has proven that to be famous does not shield one from being a fallible human being. Nor does being an all around good guy closer to home. We are all fallible human beings. We all make mistakes.

The difference is that when you know someone personally, you know their heart and their character, and thus you know the depth of their remorse when they do make mistakes—and you know the sincerity of their determination to make amends. 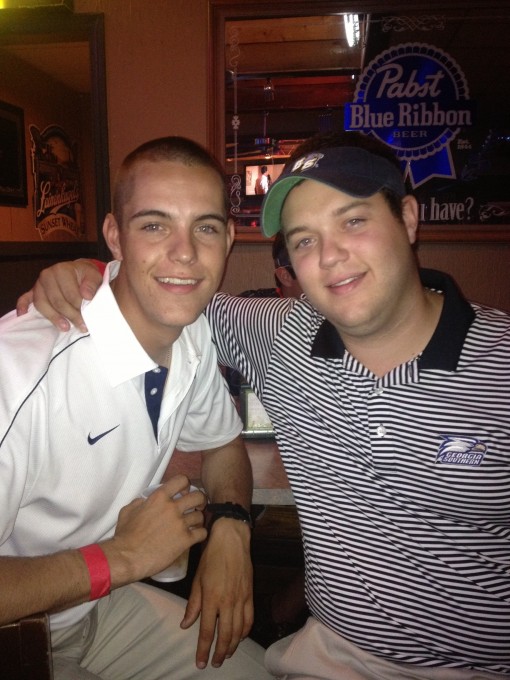 Despite my having held up the wrong role models for my boys, I’m confident that somewhere along the way they somehow learned the attributes of great men, for they have both turned out to be awesome young men with strong character, a fine sense of right and wrong and a great love for each other and their family.

I know they will be sweet, caring husbands and I have no doubt they will be great, loving fathers—the best role models for their own children.

Oh, Lance. We loved you and now we’ve lost you. But you were never ours at all.